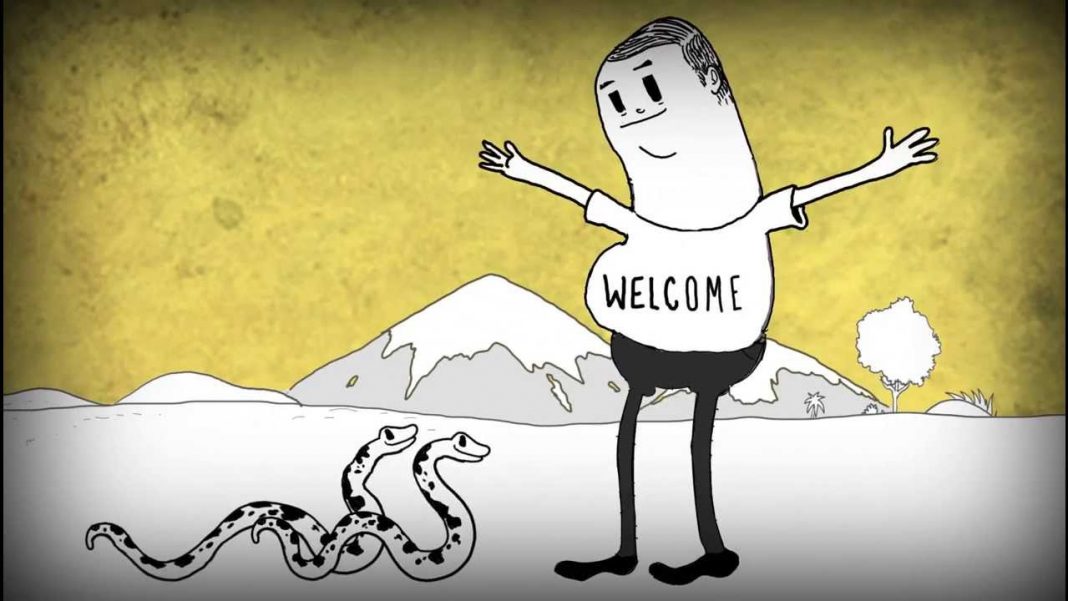 Man – Short animation by Steve Cutts: This is another perfect work of art by Steve Cutts portraying the brutal connection between nature and people. Aren’t we coldblooded towards the unstoppable force of life? Steve Cutts is an English artist and illustrator.
Before becoming a freelancer in 2012, Cutts worked as an illustrator for the London creative agency Glue Isobar. He worked on digital projects for companies including Coca-Cola, Google, Sony, and Toyota. Its individual style and direct figure of speech have sharply appeared human wantonly crushed and looted nature. In this video, any place the man goes, entire creatures and plants endure calamities: snakes transform into cowhide boots, winged animals are shot dead, seals are cleaned for coats, the elephant transforms into a piano. What’s more regrettable, the man tosses lethal synthetics into the ocean, butchers numerous fishes, holds the creature detainee for carnival, do biochemical weapons explore on creatures, and makes trees into books … The world has been changed into the solid wilderness from lively common attractions and becomes inert. Just huge amounts of refuse and nonliving machines are heaping upon the planet. The man has turned into the ruler of the world. The outsiders, who accompany bliss, see that the earth has been demolished by the man, so they smack around him and leave. And afterward, this video is finished. With the great score, In the Hall of the Mountain King, this short video is pushed to a peak well ordered, which sets off the imperious man.

With the great score, In the Hall of the Mountain King, this short video is pushed to a peak well ordered, which sets off the imperious man.