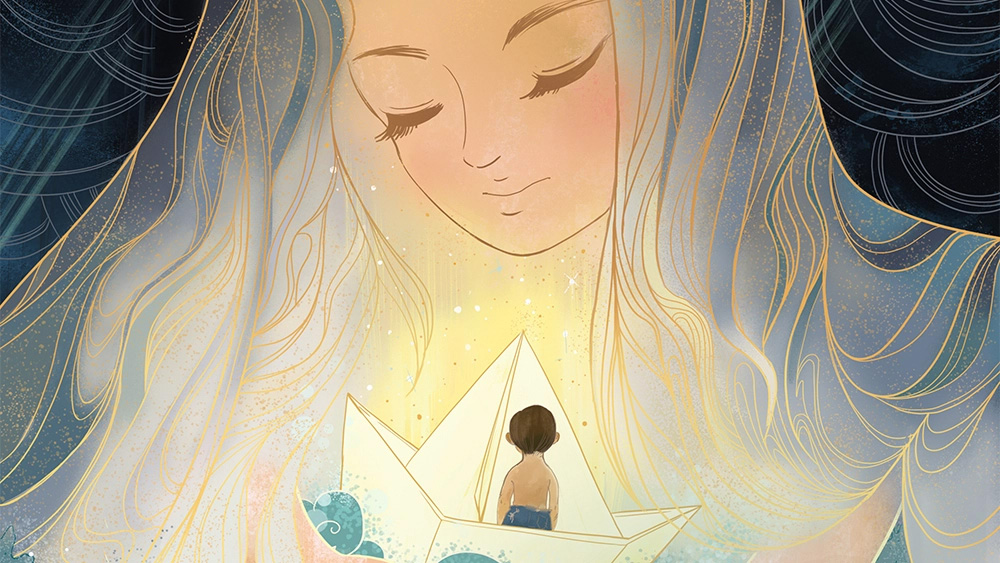 Kindred Spirits online fundraiser for UNICEF: The Kids Entertainment Professionals for Young Refugees will have its third yearly Kindred Spirits raising support crusade this month for the benefit of UNICEF and as a team with World Refugee Day, which is Thursday.

The Kids Entertainment Professionals for Young Refugees will have its third yearly Kindred Spirits gathering fundraising battle this month in the interest of UNICEF and as a team with World Refugee Day, which is Thursday.

The grassroots, volunteer association’s online fundraising drive will happen from June 14-27, and 100% of each gift made will profit UNICEF.

For some people, the idea of refugees is theoretical. We see the photos, we read the articles, but it’s happening over there. Far away. In a place that we can’t see.

Because my mother was a child refugee.

Growing up, other kids in school had stories about their families coming over on the Mayflower. Me? I had stories about my family’s life as Displaced Persons. My mom was born in a refugee camp in Germany. The camp had been created on the site of the Landeshut work camp, where prisoners were forced to make parachutes for the Nazis.

My grandfather enlisted his two young daughters to collect scraps of parachute silk that were left behind, and they’d bring the haunted remnants back to my grandmother and great-grandmother to sew into clothes. And sometimes he’d outfit his youngest daughter (my mother) in these clothes and have her sing songs and recite poems for the other refugees, often in exchange for food and booze.

Nina Bargiel.When my friend and fellow kids’ television writer Grant Moran told me about a grassroots organization he’d recently founded called Kids Entertainment Professionals for Young Refugees (KEPYR), he didn’t know about my family history. He just thought everyone in the kids’ entertainment business should be aware that the world is currently experiencing the worst global child refugee crisis since WWII and that there should be an easy way for us all to stand together as a community to do something about it.

I still have my mother’s bowl and cup, assigned to her by UNICEF in the camp. They’re pieces of living history, reminders that while as a kids’ TV writer I get to sit at my laptop and type out these words, there are 50 million children who need a lot more than my words right now.

June 20th is World Refugee Day. I invite all my kids’ entertainment colleagues to mark the day by joining me in supporting UNICEF’s heroic and inspiring work on behalf of the world’s most vulnerable children. You can do that at www.crowdrise.com/kepyr. 100% of all KEPYR donations go to UNICEF.  For more information about KEPYR or to volunteer, please write to [email protected].

According to UNICEF, one out of 200 children alive today is a refugee, totaling nearly 50 million. Since it was created by industry leaders in the kids and family entertainment industry, KEPYR has been dedicated to raising awareness and money for humanitarian crises. The group is made up of professionals in companies including Netflix, Marvel, Disney, Nickelodeon, Cartoon Network, Amazon, DreamWorks, and Warner Bros.