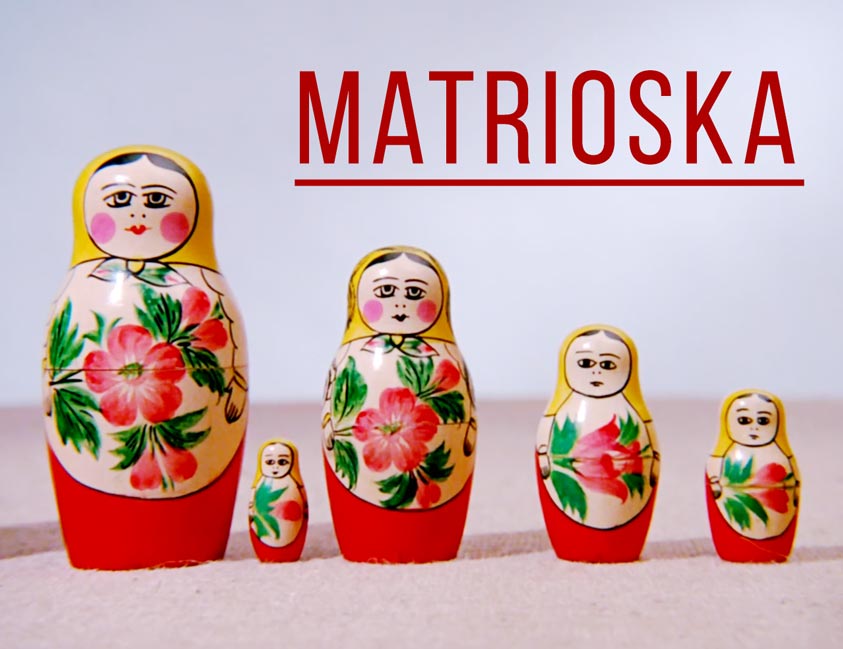 Matrioska-Short Animation by Co Hoedeman: The heroes of this animated short are Russian dolls, also named Matryoshka dolls, or Babushka dolls – sets of flawlessly painted wooden dolls of reducing sizes that settle one inside the other. Here, the dolls move, spin and twirl to Russian tunes before jumping once again into the mother figure.

This is Dutch-Canadian filmmaker Co Hoedeman‘s Matrioska (1970), a stop-motion short for the National Film Board of Canada.

Jacobus Willem “Co” Hoedeman is a Canadian entertainer born in Amsterdam, the Netherlands. From the age of 15 he decided to leave school to practice photography, printing, optics and special effects. He took courses at the School of Fine Arts in Amsterdam and at the School of Photography in The Hague. In 1965 he migrated to Canada where he entered the National Film Board of Canada, where he carried out his educational project for children: “Continental Drift”. In 1970 he entered a puppet animation studio in Czechoslovakia. In 1977 he made his animated short film “El castillo de arena” (Le château de sable), with which he won the category of Best Animated Short Film in the 50th edition of the Óscar Awards. Since 1998 he began his series of short films by stop-motion with the character Ludovic, a teddy bear, focused on a children’s audience. Hoedeman has become a renowned entertainer for his mastery of stop-motion and his childish, human, and social interaction approach.