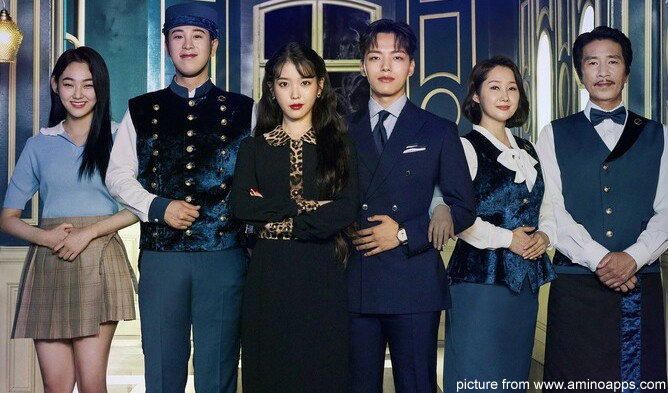 If you are Korean drama’s fan than you will surly like it. A new k-Drama Hotel Del Luna is based on very interesting topic spirit world. A tale of old curses, lost souls, and unexpected surprises, “Hotel Del Luna” is a 2019 mystery, romance, fantasy drama directed by Oh Choong Hwan.

Situated in the middle of the thriving city of Seoul, it is a downtown sits curious hotel that no one has seen before. This hotel is old beyond our imagination, the building has stands up here to million years, an ever-present testament to the fact that things are not always what they seem.
Jang Man Wol (IU), who runs this hotel, is a greedy, skeptical soul who has served as the CEO of the establishment for the past thousand years.

Cursed for a sin she can no longer remember, Man Wol is cursed to spend eternity running this odd place, meeting the needs of the most bizarre customer. The only hope of her escape is to find someone who has sinned worse than her, but after a thousand years, she has begun to lose her hope.

However, things are changes, when Goo Chan Sung (Yeo Jin Goo) shows up. Once the youngest assistant manager working in a multinational hotel corporation, a deal insisted force Chan Sung to manage Hotel del Luna that his father made years ago with Man Wol. A stickler for rules and regulations, he is a perfectionist for the extreme but this may be what this odd establishment and its damned CEO need.