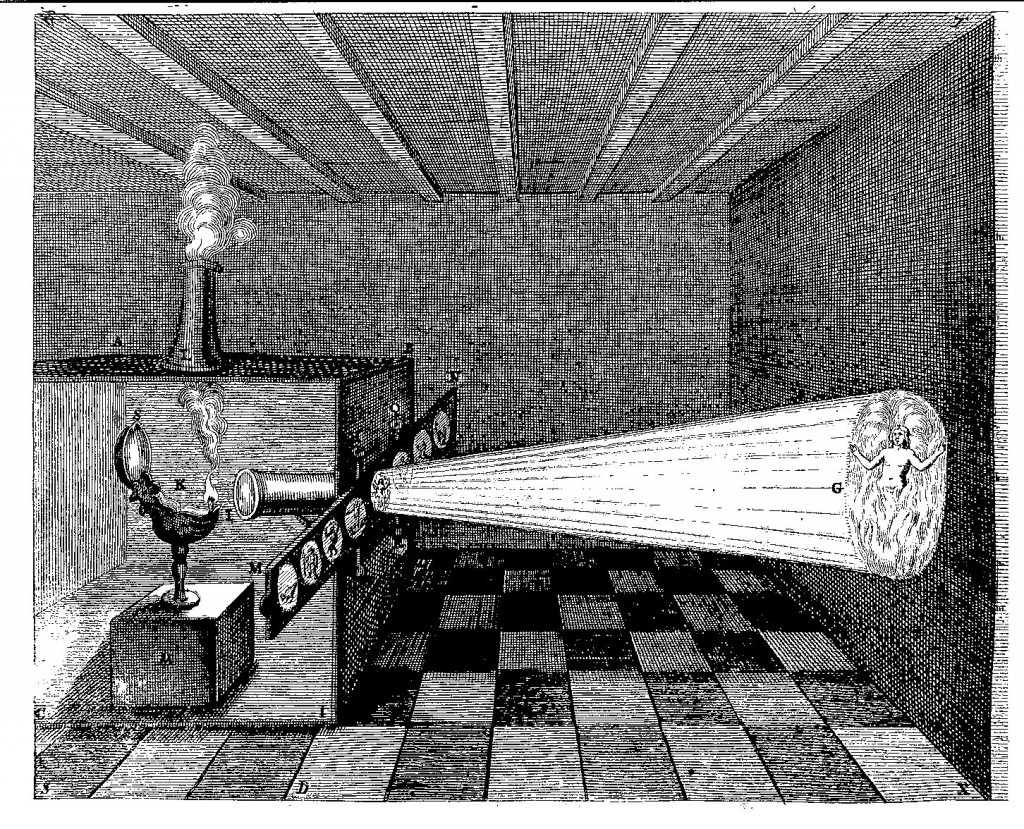 The development of early primitive projection techniques completed in the sideshow attraction that became the so-called “Magic Lantern”.

The magic-lantern – the primary projector – was designed during the 1650s, and before long turned into an entertainer’s instrument. At the end of the 17th century, lanternists were putting shows on a little scale in hotels and mansions, utilizing a lantern-lit with a weak flame candle.

This “magic lantern” technology uses the same basic components such as a subject in a holder, a light source, a projection lens, a condenser to redirect as much light as possible through the projection lens, and viewing screen.

By the end of the 17th century, these magic-lanterns were everywhere — in homes, in churches, in fraternal lodges, in schools, in large-scale halls and theaters, and as a regular part of the home and public entertainment.
The slides — many of them animated or capable of exotic special effects — changed every 30 seconds or so, and illustrated stories and songs and comedy, just as the movies would later. Within America, the most prominent magic lantern artist Joseph Boggs Beagle was illustrator illustrated over 2000 images for the devices.

Like to read: Georges Méliès- Inventor Of Special Effects In Movies

Improved projection innovation immensely affected society for centuries. In many ways, because of the magic lantern’s relatives—slide shows and movies—Creative peoples increased another viewpoint about themselves and their general surroundings.