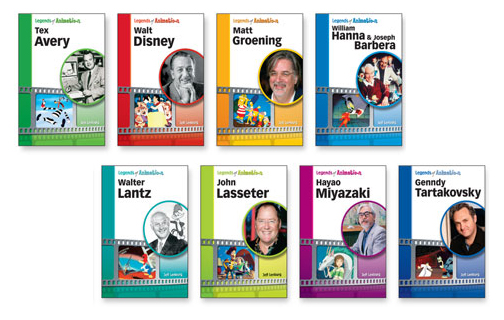 The Legends of animation: The Legends of Animation recounted the life stories of amazing artists who created and shaped the animation industry, created some of animation’s most enduring characters and stories, and influenced animation techniques. These are the animators whose technical education and creative inspiration made them legends. His professional achievements, his influence on popular culture and the innovations he makes are emphasized.

The work of animators has brought joy, laughter, and excitement to countless audiences ever since this lively art first flickered onto movie screens in the early 20th century. Today, classic animated characters are loved around the world and hold an honored place in American pop culture.

Each title in the fascinating new Legends of Animation series chronicles the life of a famous animator selected from animation’s more-than-100-year history, whose technical wizardry and creative inspiration have made him a legend. Emphasis is given to each animator’s professional achievements, impact on popular culture, and the innovations pioneered. Readers go behind the scenes with a discussion of the animator’s personal and educational background, early work, styles and influences, key films and television productions, origins of their characters, and much more. Included are full-colour and black-and-white photographs and illustrations and further resources. Sure to interest animation fans and reluctant readers alike, this new series offers a captivating look at the world of animation.