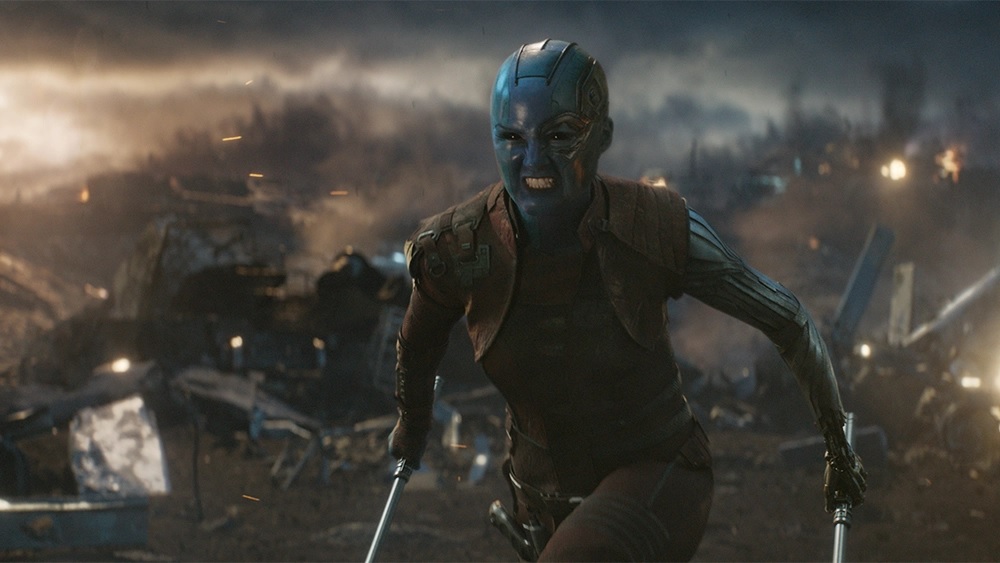 The Endgame is far from over.

Adding to its already monumental box office success, Avengers: Endgame has become the fastest movie to reach the $600 million mark, Box Office Mojo is reporting. The blockbuster made $145 million during its second weekend of release, but as was the case last week, that is according to studio estimates, meaning that number could grow even more come tomorrow afternoon when actuals are revealed.

But that’s not even the biggest news for the Marvel tentpole, as Avengers: Endgame is already the second-biggest movie of all time globally, behind only James Cameron’s Avatar. And you read that right, the film has already sunk Titanic (sorry, we had to). At this point, it’s easy to run out of adjectives to appropriately describe what Endgame is doing, as it’s making money at a pace which we have never seen until now.

Which begs the question of how high will Endgame fly when all is said and done. Does it have a shot of unseating Avatar to become the highest grossing movie ever? That remains to be seen. Avatar was a different beast entirely from a typical summer tentpole, as it was incredibly leggy to say the least (with a gross of $760 million in the states, it never once had a weekend where it topped $80 million, which just emphasizes how long it stuck around for). Endgame, unlike Avatar, is a sequel where front-loading is going to play a role. The Force Awakens is probably the best comparison we have for this, as it behaved a lot like Endgame when it opened in December of 2015, but ran out of gas quickly once Christmas break was over.

And speaking of Star Wars, anyone thinking that The Rise of Skywalker is going to be able to pull off Avengers: Endgame numbers this holiday season had better put their expectations in check. Endgame beat the opening weekend of The Force Awakens by more than $100 million, and given audience divisiveness over The Last Jedi (which, in fairness, has probably been blown out of proportion), it seems unlikely that the franchise is going to see its audience grow any further. Endgame will almost certainly finish off as the biggest movie of 2019, and it may be able to hold onto its records for years to come.

Endgame may have also changed the rules for how summer movie season functions indefinitely, as this weekend–the first of May–is supposed to normally be the kick-off. Would anyone be shocked if Disney starts opening their big movies on the last weekend of April every year in the near future? Because of this, all new releases played like leftovers (outside of the Dennis Quaid horror flick The Intruder, which overperformed), including Uglydolls, which made $8.5 million, good for fourth place. Uglydolls marked the first animated release for rising distribution company STX Entertainment, and given that they’ve been marketing the film fairly heavily since attaching a teaser to The Grinch, the numbers have to be a little disappointing.

Uglydolls faced the hurdle of being from a company without experience sending out animated features, and as such didn’t have any “from the studio that brought you” street cred it could rest its shoulders on. Previews made the film look similar to 2016’s Trolls (a surprise commercial and critical hit), with a bit of Toy Story and The Greatest Showmanthrown in there. The movie also marked a return to acting for singer Kelly Clarkson, and to her credit, Clarkson gave Uglydolls her full promotional push, showing up for various talk show appearances, doing press interviews and frequently touting it on social media. Uglydolls also had former teen heartthrob Nick Jonas cast as the villain, a rather clever choice as his character is essentially making fun of himself. What didn’t do the film any favors was that Uglydolls rather bullishly proclaimed itself “the musical film event of the year,” which was ridiculous in a year that’s going to see the release of Frozen II in November.

Can Uglydolls still be stitched back together? Unfortunately for it, legs are going to be very hard for the film to achieve, as the release of Detective Pikachu is absolutely going to dominate the family market next weekend. Projections have the Ryan Reynolds comedy opening to as much as $75 million.