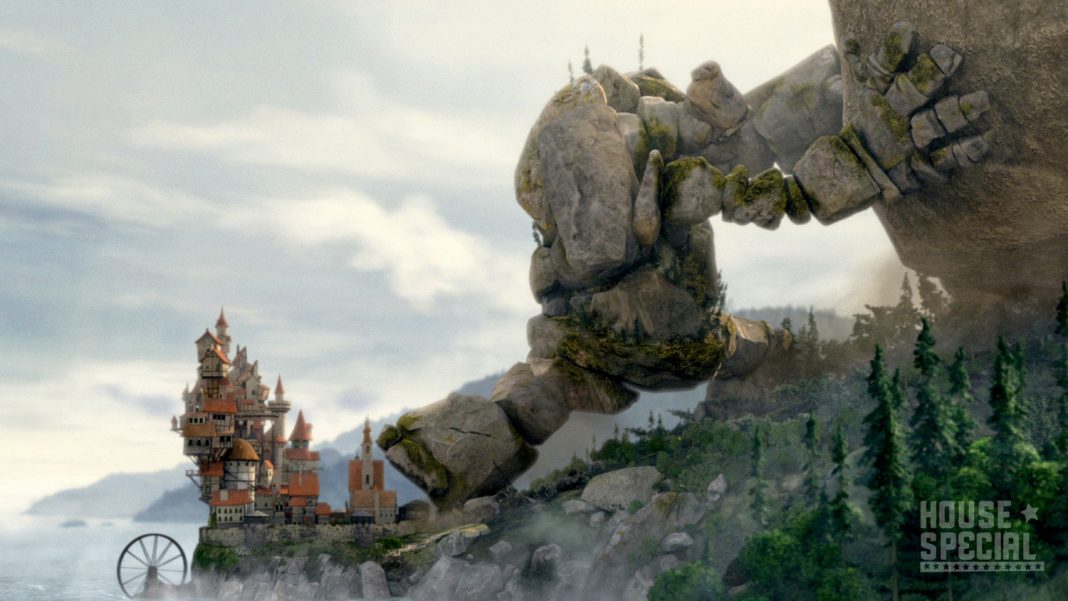 A Tale of Momentum and Inertia: This is an extraordinary animated short that tells the story of a giant rock man and how it pays to be thankful for little supports.

The story relates a giant rock man who coincidentally gives a rock a chance to move down a mountain toward a little seaside town while he is conveying rocks over the mountain. The giant rock man jumps to spare the town, however, his last move crushes the town tower. The townspeople blow the horn without a moment’s delay and assault aimlessly. Whenever bolts and shells downpour on the giant rock man and stimulate him, he gets irritated, so he gives the rock a chance to pummel the town. Quickly the beachfront town is wrecked to the ground, and afterward, the stone monster leaves.

It was directed by Kameron Gates and Kirk Kelley, this short film has won several awards, including :