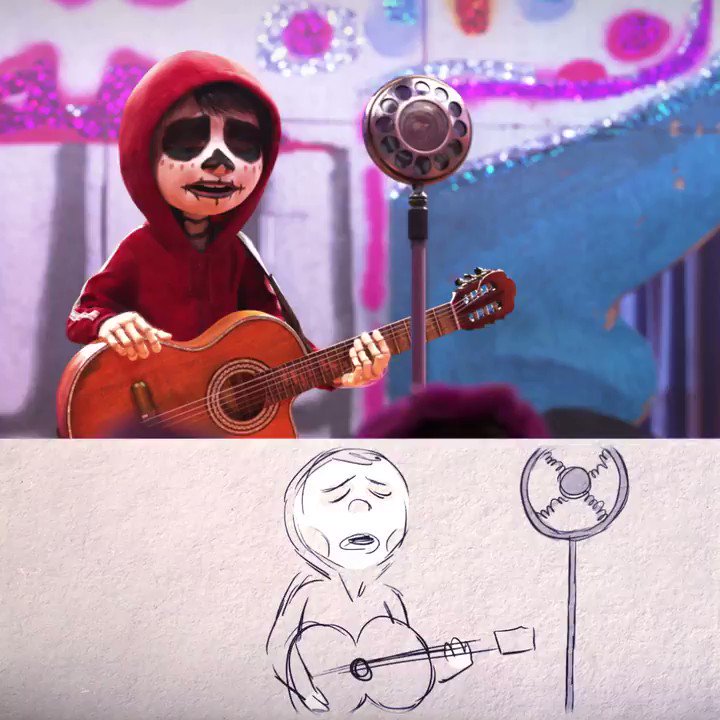 Coco is a 2017 3D animated movie of a 12-year-old boy named Miguel who is accidentally transported to the Land of the Dead, where he seeks the help of his deceased musician great-great-grandfather to return him to his family among the living and to reverse his family’s ban on music. The film was produced by Pixar Animation Studios and released by Walt Disney Pictures. Based on an original idea by Lee Unkrich, it is directed by him and co-directed by Adrian Molina. The film’s voice cast stars Anthony Gonzalez, Gael García Bernal, Benjamin Bratt, Alanna Ubach, Renée Victor, Ana Ofelia Murguía and Edward James Olmos.

Disney released a animation clip from the movie “Coco” in which you can see how to did from storyboard to 3D Animation. Its a Scene where Miguel is back from the land of Dead and he runs towards his Granny Coco to tell her that his papa loves her a lot and he also sings a song “Remember me” for her.