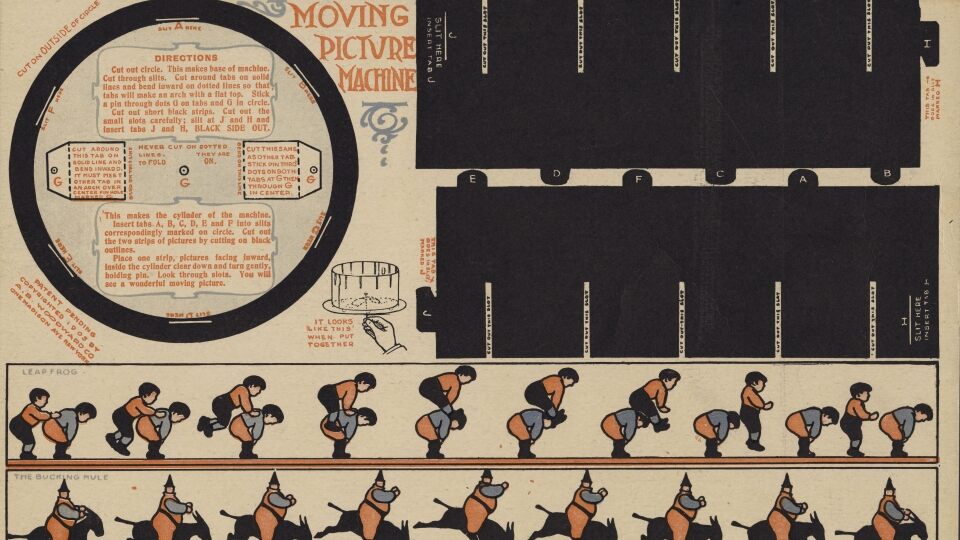 Zoetrope is an animated vintage toy that was originally invented in 1834 by William George Horner. The name zoetrope was composed from the Greek root words ζωή zoe, “life” and τρόπος tropos, “turning” as a translation of “wheel of life”.

A 19th-century optical toy consisting of a cylinder with a series of images on the inner surface, viewed through slits rotating the cylinder, gives the impression of constant motion.

It was an early form of motion picture projector. This device is a cylinder and it works by a sequence of images on the inside, and cuts on the outside and you spin in and look through the cuts, it creates the illusion of motion. Horner originally called it the Daedatelum, but Pierre Desvignes, a French inventor, renamed it to the Zoetrope.

It is relatively easy to build. It can be turned at a variable rate to create slow-motion or speeded-up effects. Just insert an animation strip, spin the drum and look through the slots. The pictures instantly spring to life! Eagles flap, Orcas dive, frogs jump and more!

You may also like to read: Phenakistoscope -First Animation device that created a fluid illusion of motion

Did Disney copy ‘The Lion King’ from a Japanese animated film ‘Kimba’?