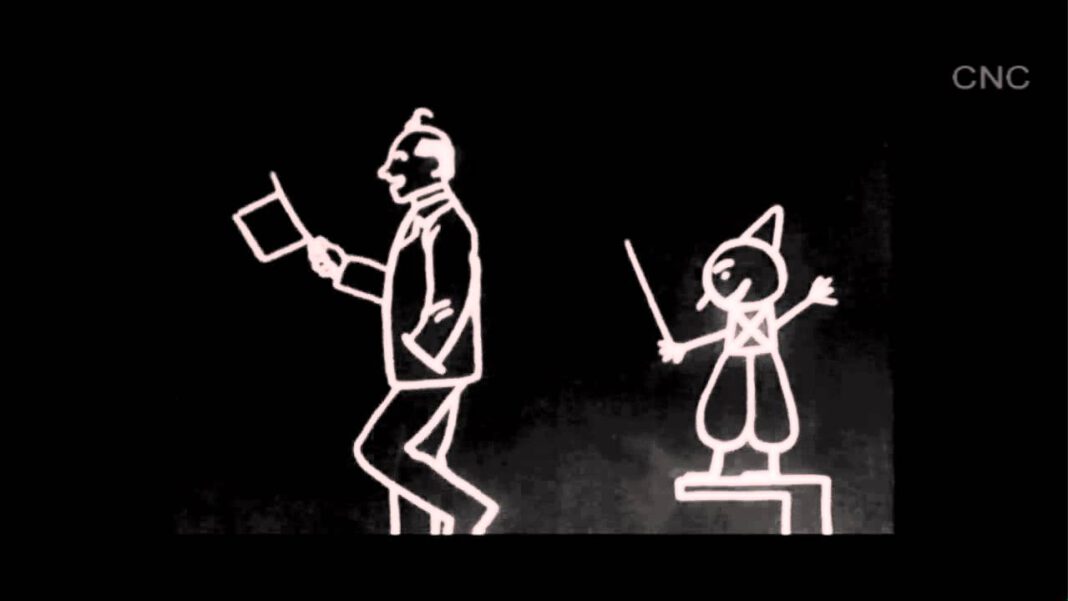 On August 17, 1908, the Gaumont organization in Paris released Fantasmagorie-First Animation Film. World’s first completely animated animation made by Frenchman name Emile Cohl in the traditional hand-drawn animation style. It was a hit and is known today as the first true animated film.

The French term ‘Fantasmagorie‘ is defined as “a constantly shifting complex succession of things seen or imagined.”

Fantasmagorie was animate in 1908 from February to May or June. Kohl created an animation of 700 sketches, each of which was double-exposed, lasting about two minutes. The piece was defined as a stream of consciousness style.

Regardless of appearances, the animation isn’t made on a blackboard yet rather on paper, the blackboard impact accomplished by shooting every one of the 700 drawings onto negative film.

Cohl speciality was animation. He was working with a vertically mounted camera and a single assistant to operate it. He was inspired by the film “The Haunted Hotel”, released by Vitagraph and directed by J. Stuart Blackton.

Fantasmagorie was released in 1908 with two additional movies ” The Puppet’s Nightmare” and “A Puppet Drama”. These three animations are joined by their chalk-line style, the steady changes, and the stick-figure comedian character. Cohl made up the plots of these movies while he was recording them.