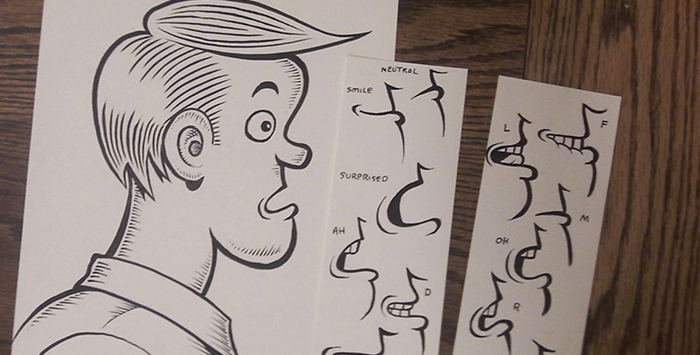 Hello Friends, I am here again with super interesting news that which you can not imagine even how it was hidden to us that hand-drawn comics back into the scene.

The dynamic relationship between design and technology continues to push creatives to new heights, with each element feeding off the other to present artists with new opportunities. The trend is obvious in digital animation, where content is perpetually disrupted by fresh minds and novel tools.

One shining example of this comes from two veterans of the animation and hand-drawn comics fields, Seth Zeichner and Pat Moriarity. The duo created the short film The Realm Beyond Reason that brings hand-drawn comic illustrations to life using Adobe Character Animator and Adobe After Effects, producing a distinctly unique vibe and aesthetic.

Moriarity, an award-winning designer, cartoonist, and illustrator, has created hundreds of covers for music formats (CD, 45 records and LP) going back to the late 1980s for labels like Twin/Tone, Columbia, Sub pop, and more. In the 1990s, he was an art director for Seattle-based comic book publisher Fantagraphics Books, contributing to many well-known comics, and producing comics and illustrations for Nickelodeon, National Geographic Kids Magazine, and HIGHLIGHTS. In 2005, he created animation for the documentary Derailroaded.

He always maintained his stature in the underground comics scene as a contributor and art director for Mineshaft Magazine and was eventually recruited to teach storyboarding at both the Seattle Art Institute and Seattle Film Institute.

The pair worked closely with the Adobe Character Animator team throughout the film production, which ultimately contributed to the product’s development along the way.

“We’d show the Character Animator team a scene and say, ‘Here’s what we want to do,’ and they’d run with it,” Zeichner adds. “Lots of really innovative tools within Character Animator have already come from that collaboration on this project. There really hasn’t been a film at any film festival made with this technology yet.”

If you’re interested in creating your own animated moments, learn more about Adobe Character Animator, available as a free trial within Adobe Creative Cloud. You can take your animation into After Effects or Premiere Pro for further refinement and incorporate into existing animation projects. Eager to get started with pre-existing puppets?

Must read: Would You believe that animation is an ancient Art?