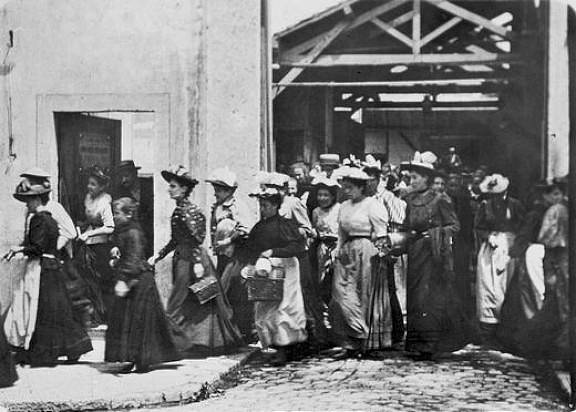 In 1895, The Lumière Brothers, Louis and Auguste Lumière had invented their own device which was the camera with printer and projector and they called it the Cinématographe which is the Origin of Cinema.

The key development at the core of the Cinématographe device was the system through which film was moved through the camera. Two sticks or paws were embedded into the gearwheel punched into the celluloid film strip, the pins moved the film along and then retracted. Louis Lumière structured this procedure on the manner by which a sewing machine worked.

After the public premiere of their film, Louis was said to have remarked: “Le cinéma est une invention sans avenir—Cinema is an invention with­out a future.”

In 1896 the Lumières opened Cinémat­ographe theaters in London, England; Brussels, Belgium; and New York City, showing the more than 40 films that they had shot of everyday French life: a child looking at a goldfish bowl, a baby being fed, a blacksmith at work, and soldiers marching. French Photo­ graphic Society Conference is the first newsreel, and the Lyon Fire Department became the world’s first documentary.

Must Read: Georges Méliès- Inventor Of Special Effects In Movies