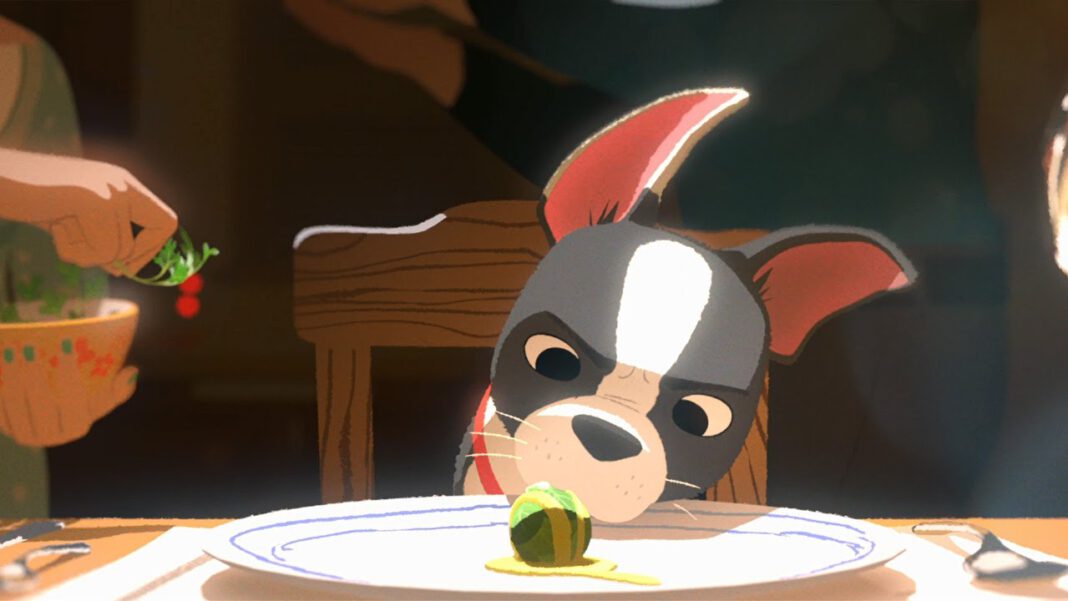 Feast is short, sweet, touchy and incredibly satisfying. Feast is a wondrously blissful ride that manages an assortment of human and dog feelings in such a short time.

Patrick Osborne said he gets idea from :
I’ve been working on this for the last year, and it’s so hard to keep it a secret that I’m glad to finally be able to talk about it and show [it to audiences].  I’ve been using this app called “One Second of Your Day,” where you record your life in one-second clips, and I’ve been doing it for about two years.  I did one of my life, and I did one of meals.  There was something interesting about the dinner one, and I though tit might be cool to see if I could use it in animation to tell a story through food and through dinners.