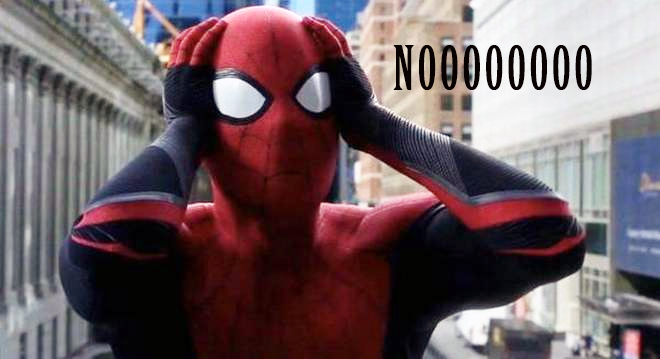 Hello folks, this is true that our hero Spider-Man will not be a part of MCU.

After the most recent Spider-Man flick proceeded to gross well over $1 billion in the box office, it would seem that the Spider-Man is out of the Marvel Cinematic Universe. As revealed by Deadline, Disney and Sony Pictures were not able pounds out another arrangement as for financing future movies, so, Marvel Studios President Kevin Feige won’t work at any more Spidey movies going ahead.

“Disney asked that future Spider-Man films be a 50/50 co-financing arrangement between the studios… Sony turned that offer down flat… Sony proposed keeping the arrangement going under the current terms where Marvel receives in the range of 5% of first-dollar gross, sources said. Disney refused,” Deadline reported.

What did Tom Holland say about Spider-Man without MCU?

During the Keystone Comic Con in Philadelphia, Holland said that the split between the two organizations wouldn’t be the end for him and the character.

“I’m just so grateful that Marvel changed my life and allowed my dreams to come true and Sony allowing me to continue living my dream,” he added. “It’s a crazy week and it’s never been done before so we’ll see how it goes and it’ll be as amazing and as fun.”

What MCU fans are thinking after the Spider-Man change

The news trending on Twitter. Few fans figured Tom Holland would never again show up as Spider-Man. As the news spread, it ended up evident that Tom Holland’s Spider-Man will presently show up in under Sony.

here are some MCU fans comments

tony made peter parker an avenger, AND NOW HE ISN’T AN AVENGER ANYMORE THANKS TO SONY pic.twitter.com/ylfVo5lJU8

it doesn’t make any sense to me why this happened…. spidey movies do sm better when marvel is in charge of them and everything was going so well.. them ending the deal all over not agreeing on some things is so dumb and unfair to everybody?????? pic.twitter.com/EvzqQmFoYk

Another day, another Peter Parker ruined by Sony pic.twitter.com/6voaxmoHth

Must Read: Marvel Studio: Story Behind Bankruptcy to Billions

Please let us know what you think in a comment below

Tekken x and Street Fighter can be possible together but are their producer pay...