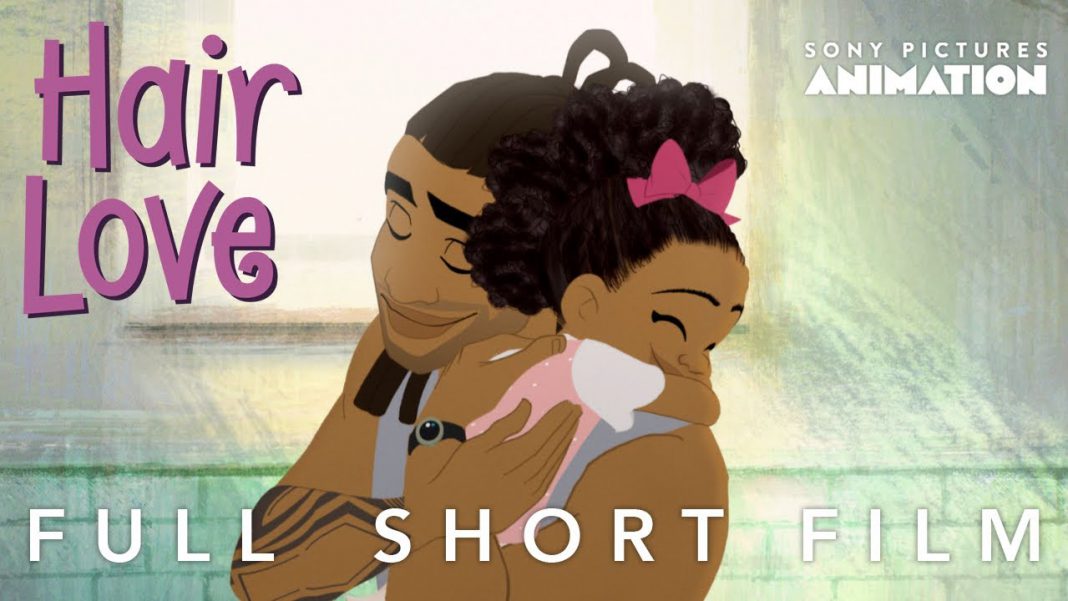 Hair Love is a 6 and a half min short energized animation film that bases on the connection between an African-American dad (Stephen), his girl (Zuri) and her hair. In the short father learning to do his daughter’s hair for the first time.

In 2017, Cherry created a Kickstarter campaign for a short animated film called Hair Love. The campaign surpassed its initial goal of $ 75,000 and raised over $ 300,000. According to Kickstarter, this is more than the amount raised by any other short film project on the platform.

Matthew Cherry director of Hair Love said “I have a lot of friends who are young fathers,” Cherry, who is not a father himself, said in an interview. “Black fathers get one of the worst raps in terms of stereotypes—we’re deadbeats, we’re not around. The people I know are extremely involved in their kids’ lives.”

Thrillist reports Hair Love is “one of the most successful crowdfunded projects to date, this collaborative effort between 5,000 patrons and an extensive amount of Black artists in the animation industry is an emotional achievement of Black representation which showcases the positive loving dynamic in Black families.”

It is one of a record 92 short movies that have qualified for the 92nd Academy Awards, as per Variety. That rundown will be limited to 10 contenders when the waitlist is reported on December 16.